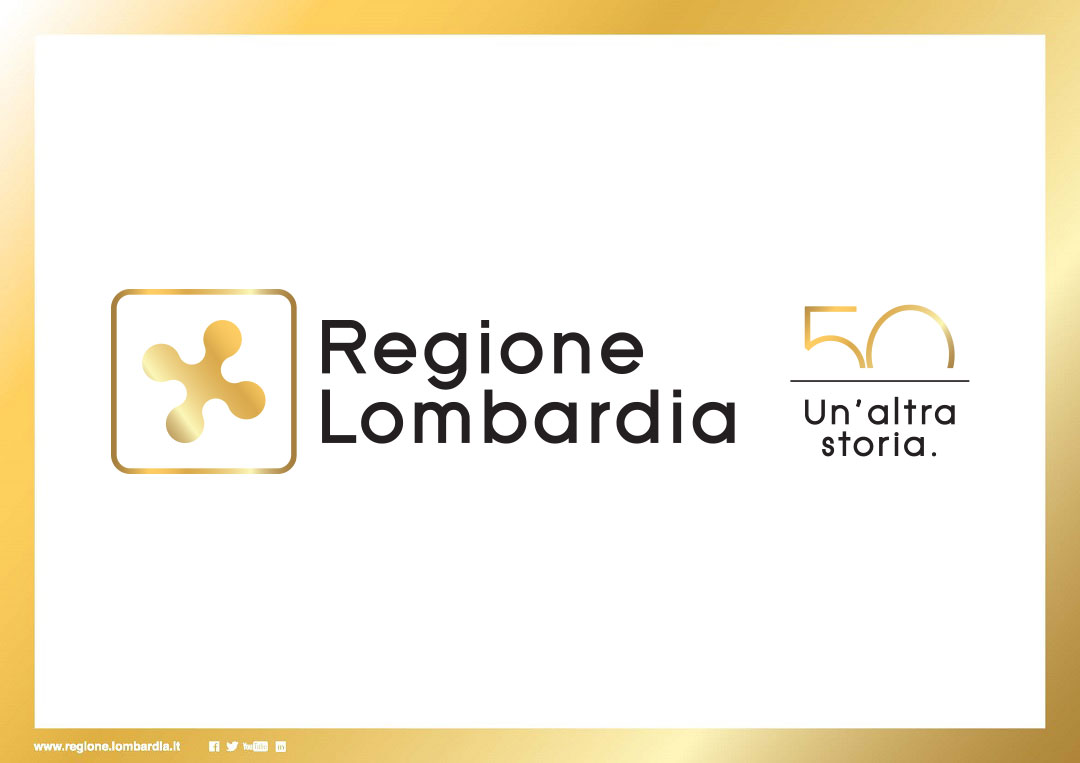 In 2020 Italy celebrates the fiftieth anniversary of the birth of the Regions with ordinary statute including Lombardy Region. Lombardy Region celebrates the anniversary with a reinterpretation of its historic logo: the “Rosa Camuna”. The logo was created in 1975 by a team of designers: Bruno Munari, Bob Noorda, Roberto Sambonet and Pino Tovaglia.

The “Rosa Camuna” logo is also the flag of the Lombardy Region and it has been always representing the Lombard territory. For the 50th anniversary the historic logo leaves the traditional green color and get dressed by a precious gold color that highlights the 50 years of a special bond between citizens and institution.

The celebrations for the 50th anniversary represent a precious opportunity to rediscover the history of the regional institution, to promote the many excellences of Lombardy Region and to plan the vision of Lombardy in the coming years.

The program of initiatives will develop throughout 2020 with dedicated events and institutional initiatives specially dressed for the 50th anniversary in all its most symbolic institutional venues: the Pirelli skyscraper, affectionately called from all citizens the "Pirellone", Palazzo Lombardia, a skyscraper symbol of the new millennium which has been hosting the Regional Council since 2011 and which this year hosted more than 20,000 visitors to the Belvedere. Finally Piazza Città di Lombardia, the largest covered square in Europe, animated in every season by several events and shows.