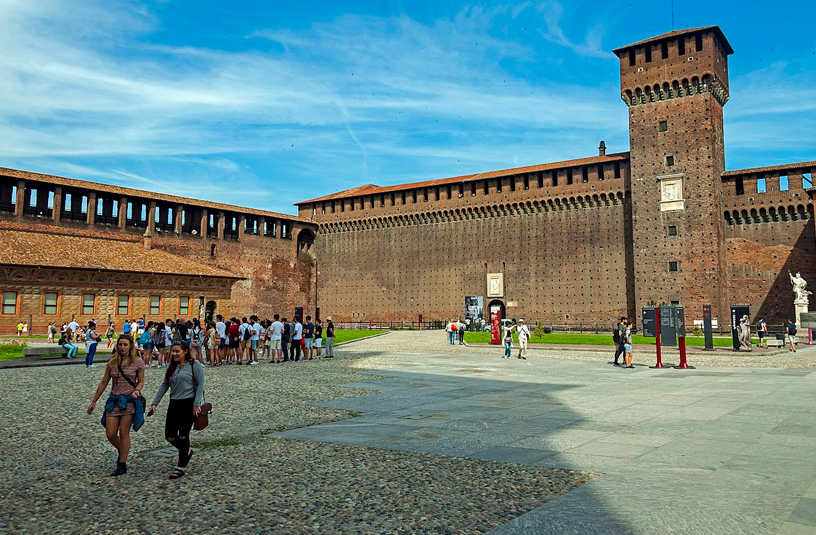 Since prehistoric times Lombardy's environmental context has favoured human settlement, as testified by the rock engravings discovered in archaeological sites in many lombard valleys.

Capital of the Roman Empire as from the III Century A.D., Lombardy preserves many vestiges of a civilization which always managed to stand out, within and beyond a national context. The roots of the Lombards’ international vocation can be traced as far back as the eminent figures of Ambrose and Augustine, who paved the road to Europe in the IV Century A.D.
An important role for the development of the area was played in the Middle Ages by the Benedictine abbeys, which turned the Padana Plain marshes into rich irrigated land, laying the basis for the birth of artisan and commercial enterprises.

After the Middle Ages, experienced by the region as a dynamic period, rich in social works, during the Renaissance Lombardy was the elected homeland of Leonardo da Vinci, who found in the Sforza patronage the ideal incentive for the realization of his artistic masterpieces and technological discoveries.
Later, the pragmatic anti-Jacobin Enlightenment of Verri and Beccaria flourished here, as did the laic federalism of Cattaneo and the Catholic liberalism of Manzoni. Lombardy also witnessed the genius of Alessandro Volta, whose discoveries fascinated even Napoleon.

The history of Lombardy is enriched by the civil and political contributions of the socialist and Catholic movements of the second half of the Nineteenth Century, in a scenario ever characterized by the cultured vitality of the entrepreneurial bourgeoisie. Lombardy was also the experimental ground for cultural movements with an innovative drive, such as the Futurism of Marinetti, Boccioni and Carrà in the early 1900s, and of really significant social experiences, like those of Don Gnocchi and Luigi Majno, in the course of the 20th century.