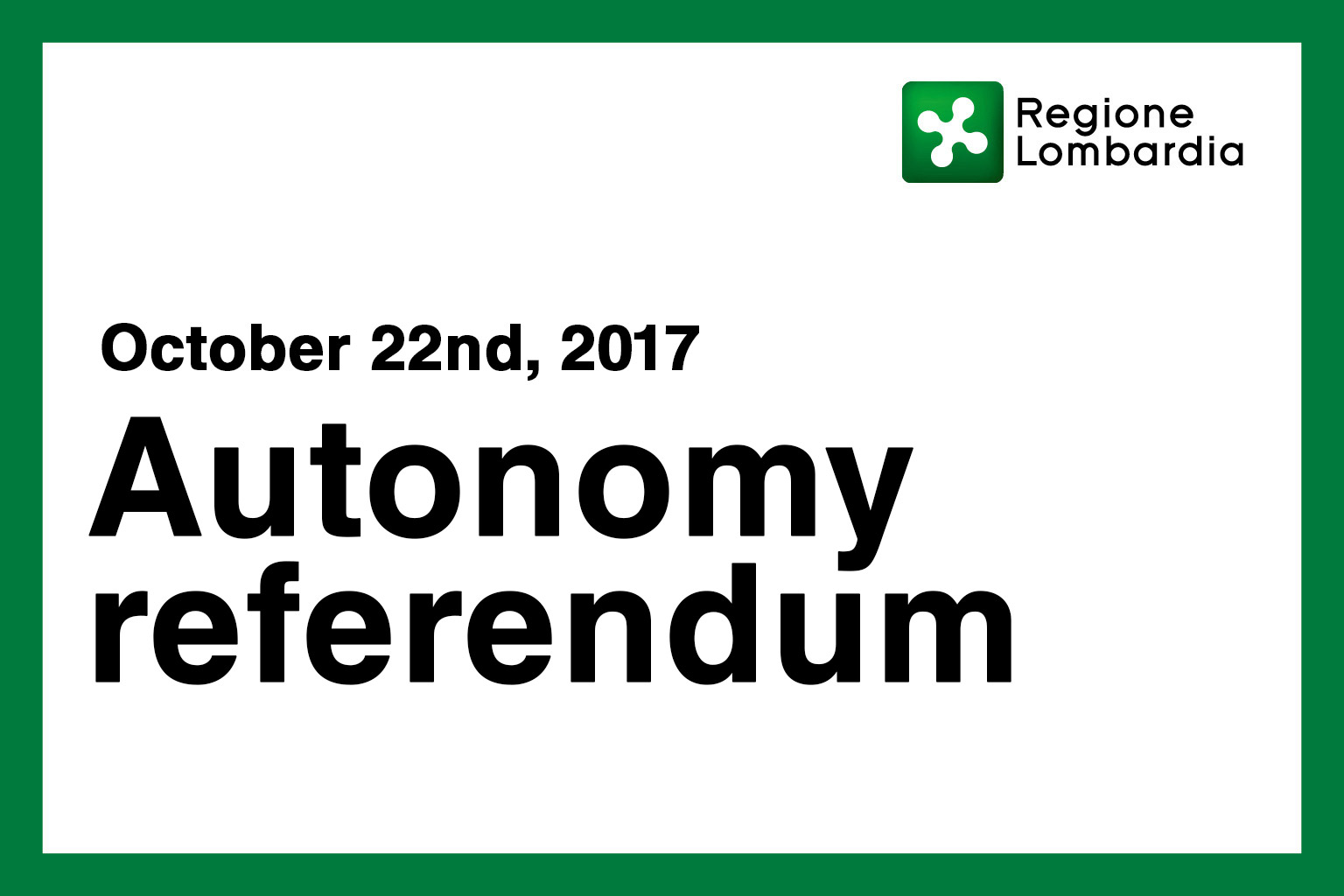 On  Sunday, 22 October, 2017,  polling stations were open for Autonomy Referendum promoted by Regione Lombardia. 95% voted “YES”.  Turnout was around 38 %

Polling stations in Lombardy were open from 7am to 11 pm on Sunday, 22 October, 2017, for Autonomy Referendum promoted by Regione Lombardia. About 7.9 million were people entitled to take part in the vote and turnout was around 38 %. The final results showed that 95% voted “YES”
Voters answered  this question:  “Do you want  Regione Lombardia, in the framework of national unity, to start the necessary institutional initiatives to ask the State the devolution of subsequent particular forms and conditions of autonomy, with the corresponding resources, in the way and  for the purposes provided in Article 116, Paragraph 3 of the Constitution?”
Lombardy has not set a minimum turnout requirement.

At the same time in Veneto an analogous referendum  headed to the polls about 2,3 million voters.
In Lombardy, for the first time in Italy, electronic voting was used. The voters found in the cabin a "voting machine", a device similar to a tablet: by touching the screen they voted YES, NO or BLANK. There were 24,700 tablets distributed in the 9,224 polling stations.
See the results in more detail. A dedicated website where you can find local results is available at www.referendum.regione.lombardia.it